Lord Rama appeared in the Solar Dynasty, and the time frame of His appearance may shed more light on the antiquity of Vedic culture. Naturally, scholars have different views on when He may have existed. Some say He was there a few thousand years before Lord Krishna. In fact, in an April 2011 edition of the Times of India, Saurabh Kwatra writes that using the zodiac and the recorded tithis, days marked according to the phases of the moon, he calculated that the birth of Lord Rama, as related in the Valmiki Ramayana, was December 4th, 7323 BCE. While using other forms of planetary computer software, others have come up with other dates.Though these may be some of the more recent calculations, still the tradition places the era of Lord Rama much earlier than that. For example, the Vayu Purana (70.48) says:

This relates that the wicked Ravana was killed with his kiths and kins in a war with Rama in the 24th Treta-yuga. We should note that are presently in the 28th chaturyuga (cycle of 1000yugas) of the Vaivasvat manvantara. Furthermore, this is corroborated by Rupa Goswami in his Laghu Bhagavatamrita that Rama appeared in the Treta-yuga of the 24th yuga cycle.

This is exciting information, because :-We are currently in the Kaliyuga of the 28th YUGA CYCLE of the 51 st Day of Brahma. Hence Lord Rama was born not just Two Yugs ago but TWO YUGS plus THREE CHATUR-YUGS !!This is why digging for archaeological data to corroborate the existence of Shri Ram would almost be futile. There might be impossible to find any man-made artifacts after millenia as the scriptures put Shri Raam's period to be 18 million years ago! Even if we consider this duration to be in Deva Years, it still translate to more than 40,000 human years. For the same reason also, 7323 BCE or 5114 BCE as the birth years of Shri Ram can not be correct. Hence a thorough analysis of Lord Rama's birth charts and have a very sound basis. However, based on what scriptures reports, we have to make a correction. Scientific analyses show that at a certain point in time, the planetary configuration mentioned at the time of Lord Rama's birth DID indeed exist and thus, the numerous astrological references in the Ramayan are not imaginary but refer to ACTUAL points in time.

Alignment of Stars at the time of Lord Rama's birth 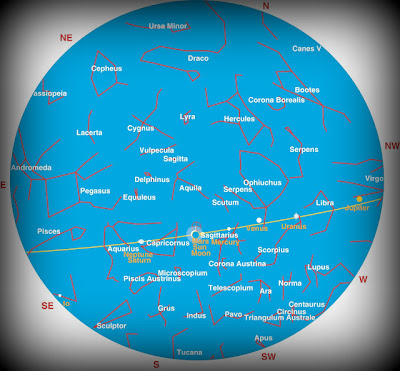 This phenomenon known as the 'Precession of Equinoxes (Encyclopaedia Britannica) . That is stars as visualized from Earth, regain the same positions every 26,000 years! Hence, this particular permutation of stars could belong to 5114 BCE + 26,000 or 26,000 years before that or the similar period before that or the one before and so on and so forth..

The 71 cycles of the four yugas in a manvantara period,  would mean the appearance of Lord Rama would be about 18 million years ago.

Another interesting point is that in the Suderkand section of the Valmiki Ramayana(5.4.27) elephants with four tusks are mentioned as standing at the gates of Ravana’s palace. Also in 5.27.12 a Demon named Trijata saw in her dream Lord Rama mounted on a great elephant with four tusks.

Conclusion : While these are sportive knowledge, a bhakta of God creates his God in his mind everyday- HE is forever in existence.

YO MAAM PACHYATI SARVATRA SARVAM CHA MAYI PACHYATI, TASYAHAM NA PRANASYAAMI SA CA ME NA PRANASYATI" For one who sees Me everywhere and sees everything in Me, I am never lost, nor is he ever lost to Me.    Bhagwad Gita Ch 6 V : 30